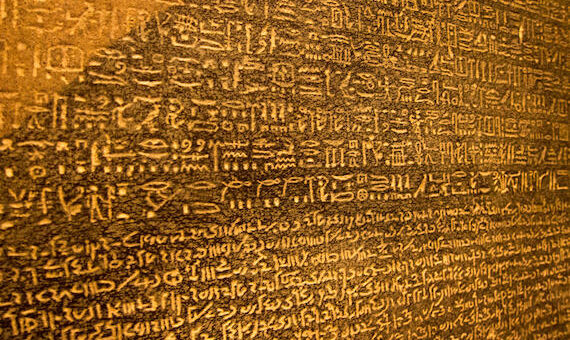 A mondegreen vs. an eggcorn and what these two seemingly made-up words mean. Also, what they mean to you is content creators and copywriters who are probably using them all the time without even realizing.

Why Care About Mondegreens vs Eggcorns?

I was inspired to write this post by Ann Handley in her book Everbody Writes Your Go-To Guide To Creating Ridiculously Good Content. An excellent resource for anyone looking to improve their writing or content marketing skills. In which she includes a chapter about the differences between Mondegreens and Eggcorns. I had never heard of two terms before then but frequently encountered examples of them in my everyday life.

Why should you care?

We Do The Work. You Dominate Your Business.    Get A Quote

I think that it’s enough to find two little-known terms interesting and worth exploration. Plus, it is always worthwhile to educate yourself on the craft of writing and its intricacies. There is no telling when or where this information might come in handy, but as content creators, it’s our job to consume so we can create.

Just please don’t hold that Corn Ball picture against me.

What Is A Mondegreen?

A mondegreen is similar to an eggcorn, but not quite the same thing. Simple right? The word originated in 1954 in Harper’s Magazine. Sylvia Wright shared a story in which he commonly misinterpreted the “Bonny of Earl Murray.”

“When I was a child, my mother used to read aloud to me from Percy’s Reliques, and one of my favorite poems began, as I remember: Ye Highlands and ye Lowlands, Oh, where hae ye been? They hae slain the Earl Amurray, And Lady Mondegreen.”- Sylvia Wright.

So yes, you are most likely at fault for using a mondegreen in your own life. Some of my favorites come from my Co-Worker at a small deli I used to work at. Her name was Courtney, and for some reason, she could not get the words right on a single song that she knew.

The ones I remember the best are as follows:

And many more that I can’t remember at the time of writing, but you get the point. Most of us know someone that still finds it funny to say Tony Danza instead of Tiny Dancer.

People have been mishearing sayings and song lyrics for generations. It just took someone famous enough to admit to it for the saying to be born. Of course, it still is not in everyday use today, hence why I am even writing this post in the first place.

To educate you marketing geniuses on incredible niche topics that may or may not come in handy in some form of content you write in the future.

Because that’s exactly what Handley’s chapter was to me.

We Do The Work. You Dominate Your Business.    Get A Quote

What Is An Eggcorn?

Don’t worry, I won’t show you the cornball picture again.

I’ve explained that an eggcorn is similar to a mondegreen, but how much so?

To put it in the simplest terms, an eggcorn is a mondegreen that still makes sense. So while I’ve only ever heard Courtney mess up a Major Lazor lyric as badly, you’ve most likely heard an eggcorn in common use.

They tend to spread easily from person to person. There is even a database of recorded eggcorns online!

Here Are Some That Stood Out To Me!

I encourage you to look through the database yourself. I’m sure there are a few sayings that you have been using incorrectly for years. Most people aren’t even aware that Eggcorns exist, let alone that they have been using them.

But the English language is tricky like that. Some Eggcorns are probably used more commonly than their original counterparts. To that point that some, like Handley, have (jokingly) suggested that they be included in the dictionary instead.

So What Can We Learn From Mondegreens vs. Eggcorns As Marketers?

If you learn anything from this post, I hope it’s that any greater understanding of the English language can be useful in its own way.

Even if it’s just a tidbit, for you to throw out in your next Google Meet and wait excitedly for everyone to continue sitting with their mics muted and cameras off. Were they listening? Should you say it again? Probably not. But I’m not your boss.

In all seriousness, I believe that the point of language is to be understood. Hence why I enjoy marketing so much because there’s little room for flowery and pointless language. These posts are the only place I get a chance to be wordy and (try to be) funny.

The lesson I took from Handley’s chapter was that as long as we are clearly understood by as many people as possible, there’s no reason to get hung up on the “correctness” of a phrase. And the same message can apply to your grammar usage as well to an extent, of course. Some grammar rules are there for a reason.

Unless you’re peddling snake oil then your product has value to your audience. Make sure they know it! 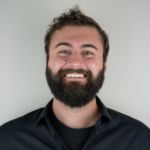 LISTEN TO THE LATEST PODCAST

SEO & Content For Coaches With No Time To Spare